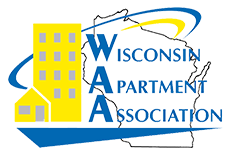 (920) 230-9221
Wisconsin Apartment Association Connecting the Rental Community ... Right Next Door and Across the State.

A History of the Wisconsin Apartment Association 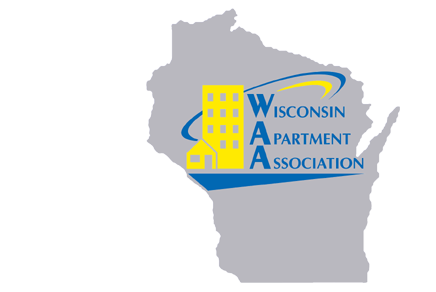 WAA was established in 1974

The WAAonline web page was upgraded in 2014, thanks to John Dorn (Racine). And the newly designed website was a great improvement! Around this time it became clear that our "old ways" of doing business were holding us back. Having physical meetings of the Board of Regional Directors and Committees and local delegates was becoming more and more cumbersome. The result was a growing pile of tabled discussions and the "paralysis of analysis". It was felt that our members were being short-changed.

In 2014-2015 the governance of WAA was reorganized with the intent of consolidating efforts and streamlining the process of decision-making. New bylaws were adopted in 2016 that formalized the reorganization.

By the end of 2016, it became clear that online consumer preferences for electronic communications were evolving rapidly! Because of advances in smart phone technology and the popularity of social media, the consumer demand for interactive media, downloadable videos, articles and forms, online membership renewals, surveys, blogs, etc, had virtually exploded!

In 2017 a totally new, scalable website was developed for WAA by La Crosse-based Webteam.